Read about our satisfied customers. 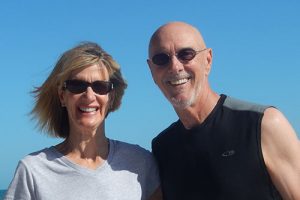 My wife and I have been patients of Dr. Weinstein for several years. My wife, who first went to Dr. Weinstein due to her genetic predisposition to certain diseases, found a doctor who listen to her concerns and carefully reviewed her family history. She put my wife on a regime that included vitamin supplements, hormone-replacement therapy and a fitness/nutritional program that enhanced her overall health.

Dr. Weinstein is a physician who is not practicing re-active medicine but rather pro-active medicine. She also keeps up with the latest medical advances. She takes a personal interest in her patients to ensure that they receive the best medical treatment. As we enjoy retirement we are assured, with Dr. Weinstein as our physician, we will do so in good health.

I seldom write testimonials but I have been impressed with the Wellness Practice established by Dr. Sheri Weinstein in Sarasota. I have been her patient for almost three years. During this time I have been continually amazed by her extraordinary knowledge of so many different medical disciplines – almost like having the services of a half-dozen specialists. From my personal experience, Dr. Weinstein spotted at least two warning signs (previous doctors had failed to recognize) and recommended corrective action. Her established practice of routine consultations throughout the year assures proper follow-up. In addition, her office is staffed by a very professional, caring and considerate support team. Incidentally, with the Doctor’s dietary guidance and encouragement (and my knowledgeable wife) I have lost, and maintained that loss, of almost a dozen unnecessary pounds. We are indeed fortunate to have Dr. Weinstein practicing in our community. 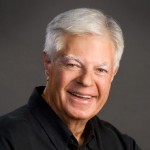 I was recuperating from two back surgeries and a broken left ankle and was almost 25 pounds overweight when I found Dr. Sheri Weinstein. She diagnosed me to be pre-diabetic and pre-gout. I was in despair that I’d never lose my overlapping stomach until she put me on the “Medifast” diet.

This was not a diet per se but rather a new and sensible way of eating, relatively inexpensive and effective. She tested my cardiovascular health and put me on a new regimen which resulted in my dropping 22 pounds and I was able (by applying her healthy eating and lifestyle principles) to keep it off. She suggested natural vitamins along with a regular replenishment of my hormone levels which, over time, have contributed to altering my energy level and actually have helped me to feel and appear much more vital (I’m 76 and people take me for “early 60’s”).

Dr. Weinstein cured me of the diabetic and gout dangers, and since, has also, with her excellent referrals, indirectly cured me of melanoma, and serious back and hip pain and deterioration. If it weren’t for her, I think I’d be dead by now. She is a major role model for doctors all over the world. I am profoundly grateful that I found her.

After seeing the results of my recent Bodyscan, I realized that I needed to do something about the roll of fat around my mid-section. I had heard about the HCG Diet and asked Dr. Weinstein to explain it to me. We both decided it was something I should try. I was excited about it and started a few days later. It sounded easy, and it was. I was now eating fresh fruits, fresh vegetables, beef, fish, seafood and chicken. Included was a recipe booklet with great ideas! My favorite lunch was grilled chicken with orange slices wrapped in lettuce leaves. My energy level soared, I was never hungry and I slept better at night. The inches and pounds started melting off. I’m on my 26th day now and have lost 15 pounds and several inches off my mid-section. I didn’t mention that I am a diabetic. On this diet my blood sugar level was in the 80’s or low 90’s every morning. If you need to lose some weight, I encourage you to try it!

Dr. Weinstein, thanks to you we were able to climb up Mt. Sunday (location for Lord of the Rings’ Edoras), the rocky hill you see in the picture. A year ago we wouldn’t have been healthy enough to do it. Thank you so much ! Having a great time in New Zealand.

Dr. Weinstein, Thank you for your timely and frequent communications during this pandemic. You are a voice of reason and sanity in the sea of crazy stuff out there. Thanks for being a true leader. I am so lucky to be your patient!!

Dr. Weinstein is, without question, the best physician in Sarasota. Her approach is to thoroughly research who you are and how she can bring you to the best level of health possible. She is completely dedicated to her patients and maintains an availability far beyond that of her peers. Dr.Weinstein is who you need on your side for routine check-ups as well as emergencies. Her staff is unfailingly kind and concerned. I’m forever grateful to Dr. Weinstien’s extraordinary level of professionalism.

Many thanks to you all at the office.